Reviews and Samples from the Monumental Work - "Book of Chrysanthemums" (百菊图)

Reviews and Samples from the Monumental Work - "Book of Chrysanthemums" (百菊图)

REVIEW OF THE “BOOK OF CHRYSANTHEMUMS POEMS”

This is a book of beautiful chrysanthemums, painted by a man who has combined the feeling of a true artist with the skill of a botanist in reproducing the flowers and foliage so faithfully. Chrysanthemums typify 's flora ?through the centuries the horticulturists of the country have developed many varieties which are never seen in gardens elsewhere. Some of the rarities are depicted here. As one who has studied and written about Chinese flowers for some years, I have perhaps qualified to comment on those shown in this book ?certainly I feel it an honour to have been asked to contribute an introduction to such a beautiful work.

The painter of these remarkable studies of chrysanthemums, Mr. Ong Schan Tchow, is well qualified to place such a book before the public. He was born in 1900 in Lungyen district of Fukien Province, and at the age of 19 won a government scholarship and went to to continue his studies. There he obtained his degree at the University, and later entered L'Ecole Special des Beaux-arts, where much of his talent as an artist was perfected. Thus equipped, he returned to in 1927 and entered the service of the Nationalist Government at , holding various responsible official positions during a number of years.

Resigning from Government service owing to poor health, Mr. Ong Schan Tchow was able to devote more time to painting, producing many beautiful studies of the flowers and plants growing at the Mausoleum of Dr. Sun Yat Sen in . His style, it will be seen, is different from the conventional Chinese school of painting: it reproduces more clearly the details of his subject. Tempting offers for his paintings were refused: it is traditional of many Chinese artists that they will not sell their work even when in need of money, thus approaching the ideal of art for art's sake.

But times' changed, and war descended on ; so Mr. Ong Schan Tchow collected some of his paintings for reproduction in this book, which is being sold in aid of the millions of civilian victims of Sino-Japanese hostilities. The project has the approval of the Chinese Government. It will be observed that the artist has obtained descriptive comments and poems written by many of china's best known officials and scholars.

The cause for which this book is to be sold requires no special commendation. It is fitting that a Memorial so sacred to every patriotic Chinese should be recalled at such a time, and through its glorious flowers. Alien hosts have invaded that national reservation. It may be that many of the flowers no longer flourish under the care that was their due: but in the hearts of all true sons and daughters of China they will, I am sure, continue to bloom ?as a thought; a hope, and a prayer.

And should some future sorrow find
My spirit weak in trial's hour,
Grant me the gift to call to mind
Fair mem'ry of some well-loved flower.

** V.H.C Jarret is the Editor in Chief of an English Newspaper in .

REVIEWS & PAGES FROM THE BOOK 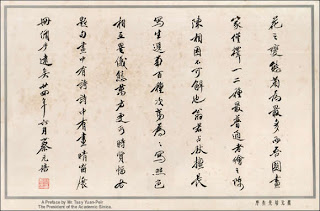 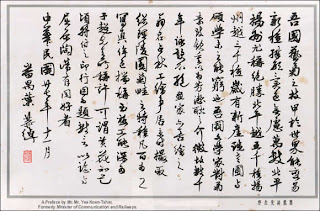 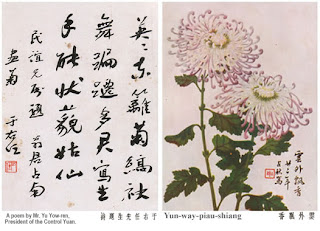 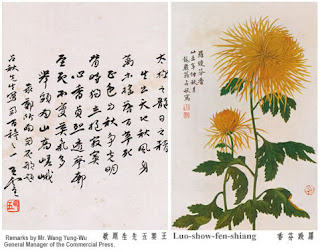 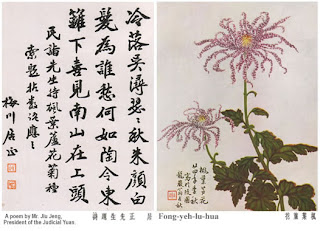 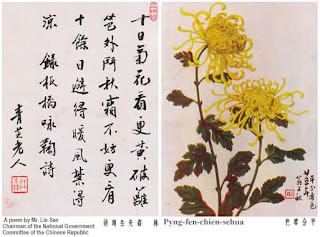 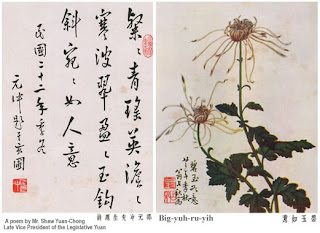 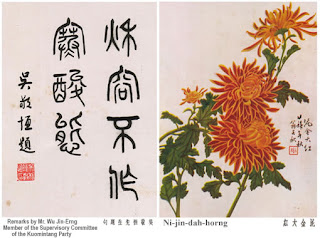 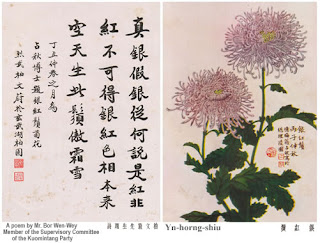 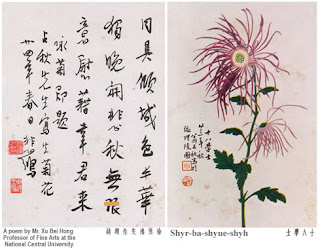 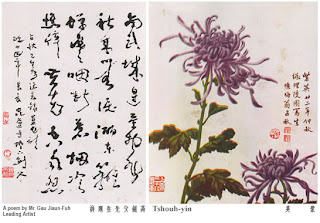 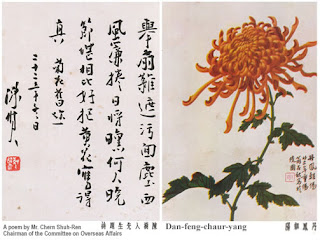 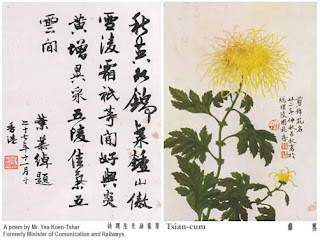 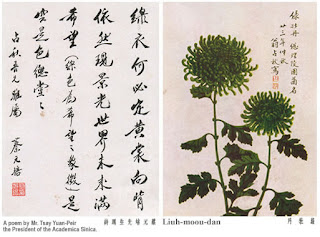